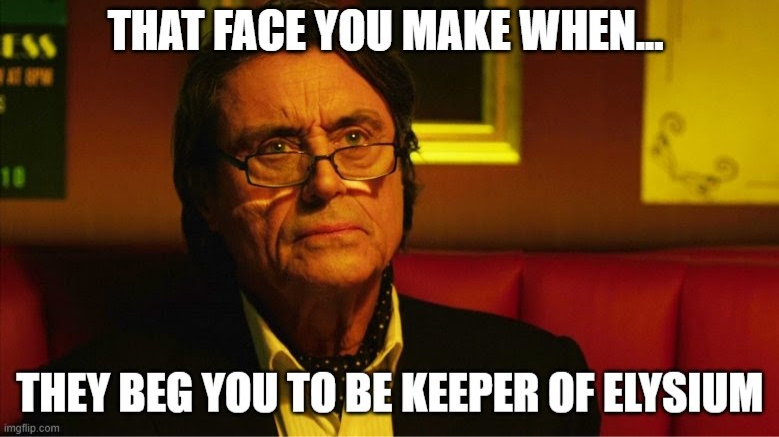 Fellow Children of the Night,


I write again about my best tips for portraying an officer in a local Camarilla BNS LARP game. This time, we feature the Keeper of Elysium!

So you are the new Keeper of Elysium in your local Live Action Roleplaying Game? I hope they paid you a big boon to undertake this sisyphean task! Of all the Officers in the Camarilla your role is the most narrowly defined. Yet you need not let that hold you back from making it full of flavor and fun! Here are some tips to make your next time in the hot seat a memorable and compelling one for your game. Of all of the roles, it is an undeniably cool role to hold; it means others trust you (haha the fools!) to keep the peace in the one neutral ground so they can talk without fear of being dominated by each other. Indeed, on Elysium so long as they behave and follow the rules, they need fear nothing, except, well… you.


Before we jump any further into that, if you are a newcomer to MET: LARP here is a bit from our book’s lexicon which defines Elysium as it applies in our game. From pg 22 of MET: VTM 2013 by By Night Studios -

Elysium is that and so much more!

The Keeper works to keep Elysium safe. They don’t get to choose where - that’s up to the Prince. They don’t choose the Courtesies (that’s up to the Prince as well); they just do their often thankless job (unless of course you are being well-compensated in boons for it, in which case it is not thankless but instead quite lucrative - go you if so!).

The role can be disturbingly summarized as herding a bunch of frenzy-prone monsters to be civil to each other and not throw down in or around your Elysium. You have broad powers to both enforce the rules and to punish any rulebreakers. Once established in your position these powers even extend in a limited sense over the Prince. Though remember, they have the Authority to execute you, so I wouldn’t count on lasting long if you defy them too often.


To get the most of your time as a Keeper of Elysium, make sure to exercise the powers as often as the story brings the game to your territory. Be stringent, be pedantic, and most of all, be threatening. It does not matter what your clan, what your generation, how much xp you have relative to your game - you exercise authority. As was once counseled to the Emperor Nero, “Severity in defense of virtue is no vice.” Your game will benefit from your harshness as long as it’s believable. This is an institution which if ever defiled will forever be tainted. The very meaning of Elysium is the Afterlife. To besmirch it is to besmirch one of the underlying foundations of Kindred society. Regardless, your game benefits if you are a bit over the top with your effortful protection of Elysium. Truly, I recommend being absolutely vicious! Trust me, the Prince will be grateful for a chance to seem moderate if only by comparison to you. 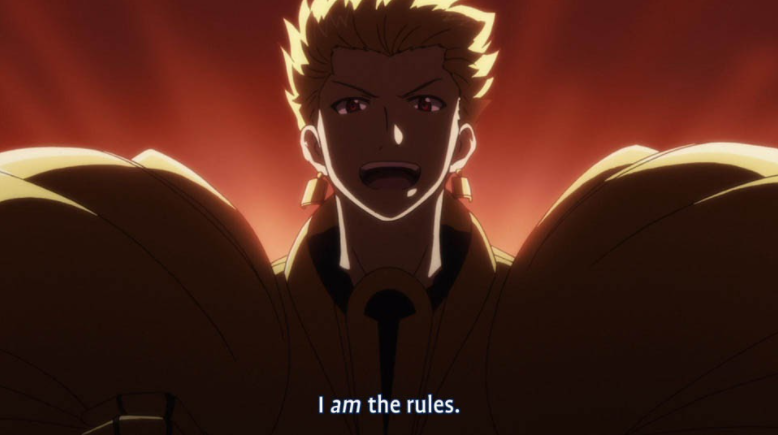 2. Flexibly interpret your broad powers to avoid having your reign of terror end prematurely.

Someone will be dumb. In a large game it is inevitable. Maybe they want you to punish them, maybe they haven’t read the section on Elysium, or maybe they don’t believe all your bluster is going to be backed up with severe reprisals whatever their thinking; it will happen, and that is okay! Do not get upset OOC. You can always cover it up. And you can demand rightly, prestation and boons from all the parties involved to line your and the Prince’s pockets for your trouble! This subterfuge is the only reliable way to keep Elysium from being broken. Thus, the true secret to being a long-running and successful Keeper of Elysium requires you to be willing to break the rules a bit in a very thematically Vampire sort of way. (Though, playing the stalwart who plays by the rules and does only what is expected of them as a reaction to this, is also a lovely character arc to explore in its own right.) However, I wouldn’t expect it to work out over the long run in a mid-large sized game. Elysium will inevitably be breached, unless Storyteller fiat protects it. 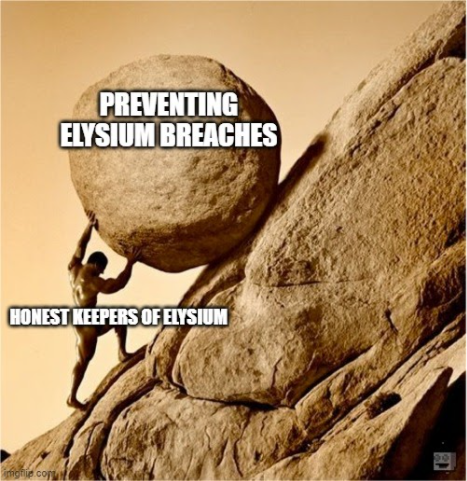 In conclusion, keeping Elysium safe is hard but important to show a layer of depth and sophistication in your local game. Yes there will be incidents, and you will quickly cover them up. Yes, your moment to shine in the spotlight might only come once every couple games. But when it’s time, you’ll shine really bright if you remember to creatively, and tyrannically apply the rules in a corrupt fashion for your and your allies to benefit. Or try for hard-mode (If Sisyphus were in VTM he would be punished to roll the boulder up the hill for being too truthful and humble) , and do the job like an honest and good-natured curator. Whichever you choose, I hope you get the most out of your time in another of the awesome and unique in-character Court Officer roles you can hold in your local Camarilla game.


Hope this was a fun read! I intend to cover all the Officer roles in this fashion. If you like it, hop on our discord at  BNS Official Discord  and let me know! I look forward to playing with you all soon.